The banking industry in the Kingdom of Cambodia has been developed from scratch and there have been numerous legal reforms since 1992, including the banking legal framework and capacity building for officials of the National Bank of Cambodia (“NBC”). In order to maintain the trust of the public and investors, NBC has enacted various banking regulations. As capital of a bank is one of the main factors in procuring public trust, the NBC has fixed and revised bank capital quota from time to time, taking into account the current status of the local and global economy. 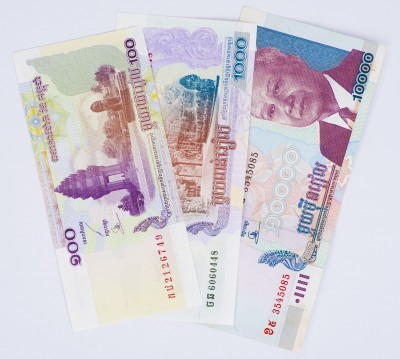 In 1992, the NBC was prompted to fix the minimum capital of a bank at least KHR 10 billion (approximately US$2.5 million). This minimum capital must be maintained at all times by both a licensed bank and a branch of a foreign bank. It must be paid in full before applying for a license and the payment must be wholly and temporally deposited at the NBC, with only 5% of which being permanently kept as a guarantee deposit at the NBC. In 1999, substantial reforms were required by the Law on Banking and Financial Institution, in which the NBC was authorized to fix the minimum capital of a bank at KHR 50 billion (approximately US$12.5 million). In February 2000, the NBC adopted a regulation to fix a minimum paid-up capital of a least KHR 50 billion in which a guarantee deposit of at least 10% was required to be kept at the NBC. This new requirement was to be honored by the end of 2001. Because of the deadline and the implementation of the new minimum paid-up capital, many banks were liquidated, leaving only the stronger banks standing.

A new reform on the minimum capital of banks was introduced by the NBC in September 2008 as follows:

– Commercial banks, locally incorporated as companies, which have at least one influential shareholder[1] as a bank or financial institution with a rating “investment grade,” extended by a reputable rating agency, must have a minimum capital equal to at least KHR 50 billion(approximately US$12.5 million).

– Commercial banks having shareholders as individuals or companies must have a minimum capital of at least KHR 150 billion (approximately US$37.5 million).

with a rating “investment grade,” extended by a reputable rating agency must have a minimum capital equal to at least KHR 10 billion (approximately US$2.5 million).

– Specialized banks having shareholders as individuals or companies must have a minimum capital of at least KHR 30 billion (approximately US$7.5 million).

The increase of the minimum registered capital of a bank may be made via the injection of new capital or the capitalization of the retained earnings. The bank must amend its current Articles of Incorporation to increase its registered capital which must then be approved by the NBC and the Ministry of Commerce after the increasing of the amount of the guarantee deposit at the NBC to 10% of the new capital. This minimum paid up capital must be maintained at all times during the life of the bank. To prove that a bank’s assets, minus related potential losses and intangibles, exceed their liabilities to third parties by an amount equal to at least the minimum capital, banks must ascertain, on an ongoing basis, that their base net worth, as calculated in accordance with the provisions of NBC’s Prakas on the calculation of banks’ net worth, is equal to at least the minimum capital.